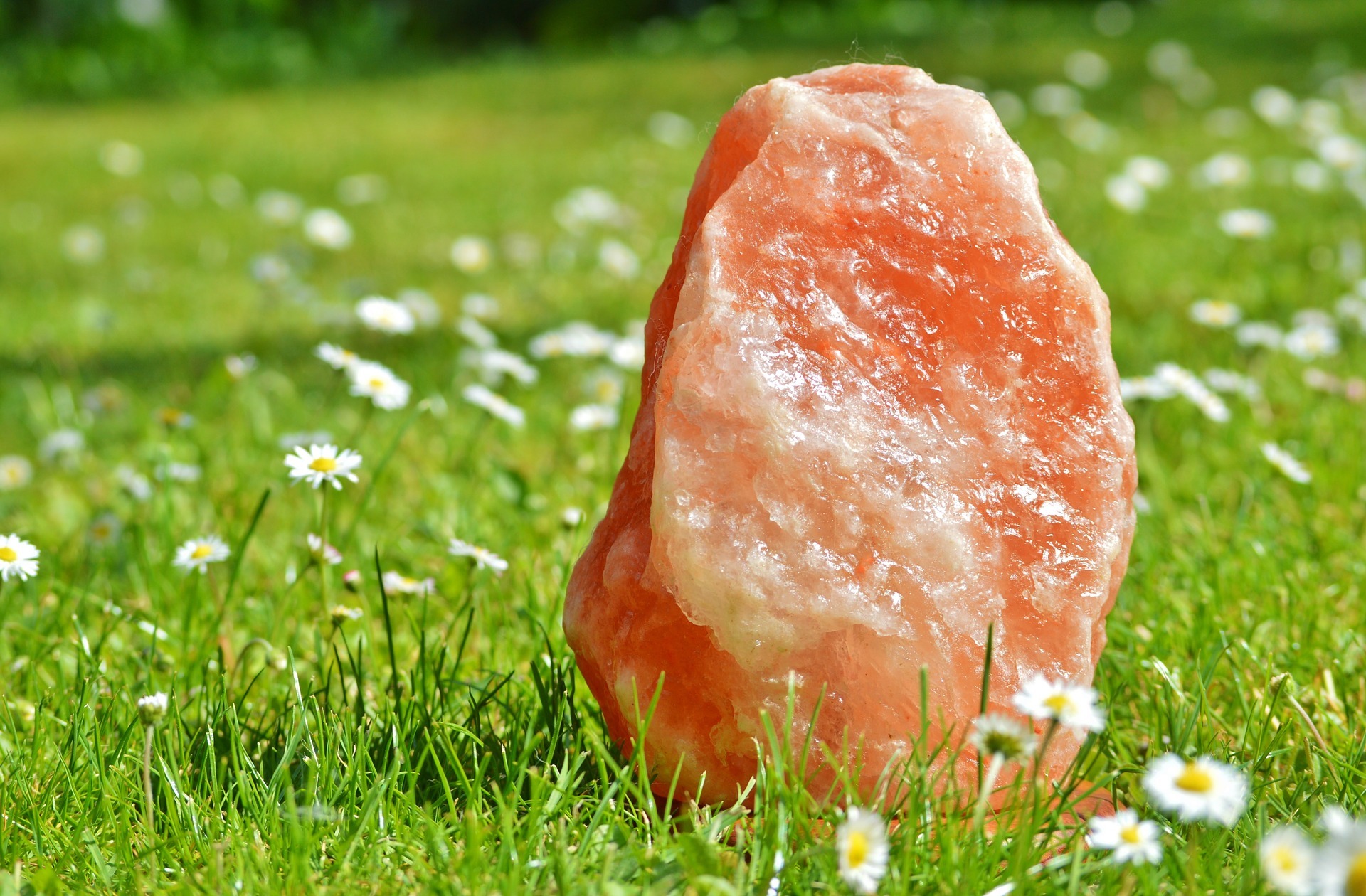 The internet is a wonderful thing, unfortunately there is a lot of misleading information out there and it can be difficult at times to know what you should or should not believe. When it comes to pink rock salt, there are a lot of claims surrounding the supposed health benefits, so what should you believe? This blog aims to clear up what exactly is pink salt and settle the score on its supposed benefits.

What is Pink Rock Salt?

Pink rock salt is commonly mined in Pakistan, it’s flamboyant pink colour is caused by trace amounts of the various minerals it contains such as magnesium & potassium, otherwise there is nothing to specifically differentiate it from regular old table salt.

The salt that we sell here at Icethaw is not suitable for human consumption as it contains an anti-caking agent to prevent it clumping together and making it easier to spread on roads and pathways.

Over recent years, there has been an increase in pink salt products from regular food grinders to rock salt lamps! Some of these products however are being falsely marketed to consumers with false claims about the salt having medical benefits & healing properties. One of these claims is that eating pink salt is healthier than regular table salt. This is false, both contain approximately 98% sodium chloride. Rock salt does however have larger crystals than finely granulated table salt and so less rock salt can be used in food to achieve the same taste.

What the human body uses salt for:

Although pink specifically salt has no specific medical benefits, the human body does require salt in its diet for a number of reasons. Such as helping to prevent dehydration however this is not a great deal of importance to the average western person as food and water are in abundance and we are extremely unlikely to die of thirst in our day to day lives.

You may have heard about how harmful salt is in our diet from the advertisements & the media. This is because lots of the processed food we eat today can have lots of added salt hidden within its ingredient list. Too much salt in your diet can have adverse effects on your health over time, causing issues such as high blood pressure which can increase the risk of developing heart disease & stroke. The NHS recommends limiting your daily salt intake to 6 grams per day for adults, which is approximately 1 teaspoon.

One of the most common forms of pink salt comes in the form of lamps. That’s right, a lamp made from a large hollowed out chunk of pink rock salt. Although they may look cool sitting in your room, that’s really where the benefits of these products end. Some of the manufacturers can have some outrageous claims. This ad found on amazon claims the following: 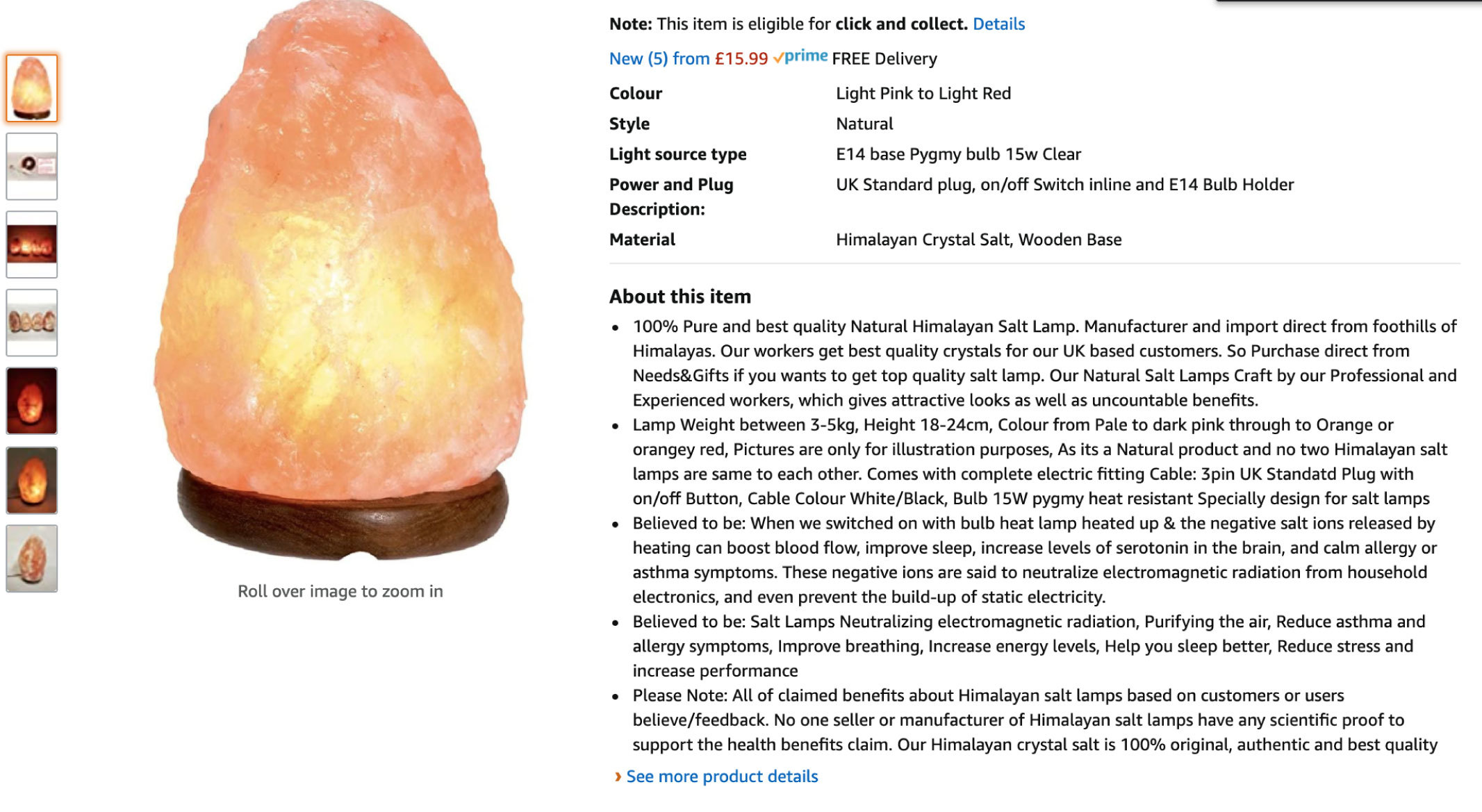 These are incredible claims, if this lamp truly had these benefits it would be a fantastic product and be used everywhere. Note the clever usage at the beginning of each paragraph “believe to be” which prevents the manufacturer being held responsible for any claims. The truth is revealed hidden away in the final paragraph:

“No one seller or manufacturer of Himalayan salt Lamps have any scientific proof to support the health benefits claim.” In case you were still in doubt, the truth is there if you look hard enough. But pink salt costs way more than normal salt, it must be better, right? No! If it sounds too good to be true, it probably is. If you choose to purchase any pink rock salt products, that’s ok! Just do so in the knowledge that there are no additional health benefits to turning on your salt lamp at night or replacing your regular cooking salt.

For more information, feel free to browse the sources used in this article.